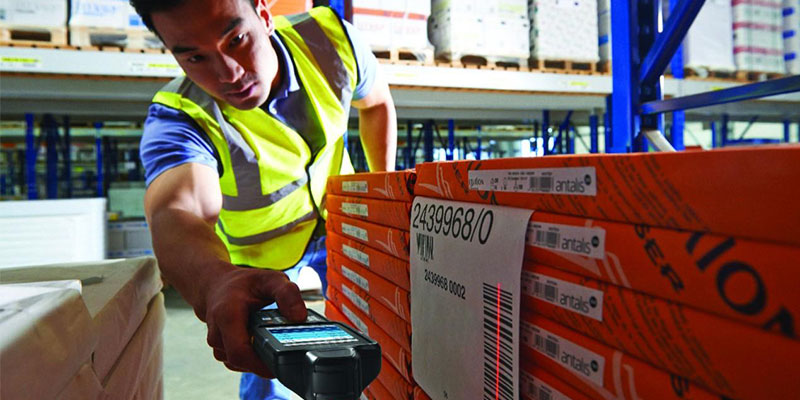 Zebra Technologies is known for producing some of the most rugged mobile devices and industrial printers on the market. They also integrate far more intelligence into their devices than you might expect. With the launch of their newest handheld, we’re seeing the Zebra MC3300 mobile computer deliver more ways to maximize enterprise computing.

Different use cases for a handheld computer require different features. The MC3300 gives an unparalleled level of versatility to customize the device to your needs, instead of the other way around. Start with four form factors: pistol-grip, turret style with rotating head, and both a straight shooter 0º and 45º scan. So, configure it in a way that works best for each task.

Zebra also gives you the choice of three scan engines, three keypads, and three levels of functionality. Not sure which one will work best for you? Cal-Sierra can drill it down for you.

The MC3300 mobile computer gives you as broad a reach as any barcode scanner out there, strengthening this multi-functional tool. You can grab barcodes from an extended range of up to 70 feet to a close range (3 inches). The advanced scanning engine built into the MC3300 also enables the computer to capture barcodes that are dirty and damaged and to scan multiple barcodes with one trigger pull.

Te-Ready Right out of the Box.

As we said before, Zebra is synonymous with rugged devices. The MC3300 incorporates all the tough stuff—IP54 sealing and Corning Gorilla Glass touch panel protect the handheld computer from 5-foot drops onto the hard floor and dust, dirt, and water. This heightened durability keeps the MC3300 in use and out of the repair depot.

Powered for the Way You Work.

With as much as 16 times the RAM and 32 to 125 times the Flash, this new handheld lets you run all the programs you need, even simultaneously, without impacting the computing performance.

The MC3300 can function as a walkie-talkie or PBX handset, with Zebra’s Wi-Fi-enabled Workforce Connect and push-to-talk. Configure the device to accommodate even the most complex telephony capabilities. With 802.11ac support, you connect with lightning speed.

The MC3300 is an enterprise computer. You can keep it “all business” by using Zebra’s Mobility DNA to limit the apps and features that can be used—from a single purpose to multiple.

Compatible with the Past, Ready for the Future.

If you’ve been using the MC3200, you can transition smoothly to the next generation MC3300. Zebra ensured backward compatibility with the MC3200’s accessories. They also looked ahead, providing LifeGuard for Android, a guarantee of security updates for 10 years from the release date. You don’t have to worry about another OS migration in the near future!

The Zebra MC3300 is purpose-built for enterprise computing, which happens to be our specialty at Cal-Sierra. Talk to us to discover how we can drive better results for your business.